This week is a little different. Usually, I don’t rant and have a direct purpose for my posts. However, this is a bit of a rant with a motivational ending. I got back from Europe on Sunday and have been jet lagged AF with a fuzzy brain. Therefore, no writing has gotten done. I wrote this while on the trip and wasn’t sure if it was going to get used….it is.

Do you ever sit back and realize how lucky you are?

That’s what I’m doing right now. I’m sitting in Prague airport, sipping on a large Americano coffee, eating a chocolate roll, and waiting to head to Vienna. I can’t wait to share with you my walk-through of each city, but that is going to have to wait until I have more brain power.

Instead, let me tell you how the start of our trip went. The first 7 hours from the States to London was a breeze! We drank, we slept, we were there. We landed and literally said, “Holy shit, that was the quickest flight.” Then the bad luck started to trickle in. In hindsight, it wasn’t really that awful. But with barely any sleep, being cranky from the airport in general, and not knowing what was going to happen, it felt awful at the time. 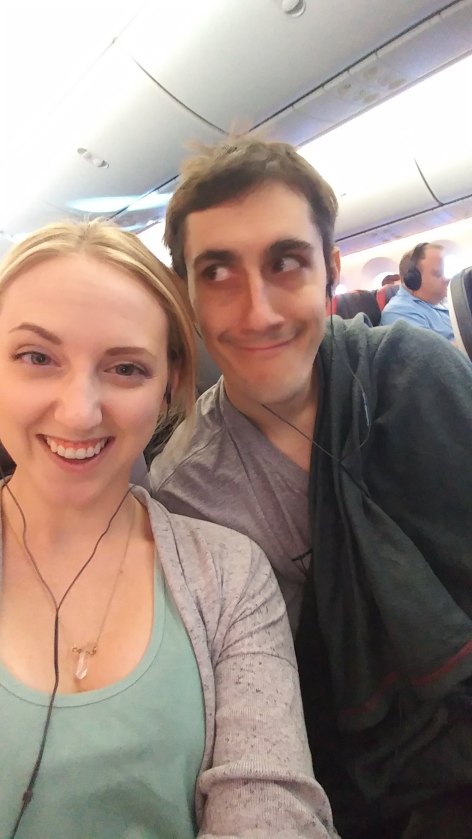 The First in the Series

We touched down in London and we were supposed to have about a 2 hour stopover. Then the delays started. No biggie, we had plenty of time at our next stopover that we wouldn’t miss our connecting flight. We sat down for breakfast because I love full English breakfasts. What did I receive? Not the same full English breakfast I’ve ordered in England several times. I want the damn beans that you can’t find in the States. Oh well. Life goes on.

Mid-breakfast eating and tea sipping, I get super nauseous. This is where hell begins. I end up getting sick, but it comes in waves and I’m able to manage. I eat. I drink water. It’s time to board the flight. Sweet!

We get on the flight and we aren’t going anywhere. We sat on the runway for an extra hour. Why you ask? Three passengers tried board with incorrect visas. So they couldn’t get on the flight, but their luggage was on. Well that can’t happen! They had to search through all of the luggage and the pesky third bag hid for quite awhile. Finally they found it. Super – let’s get this damn plane going!

Is it a Triple?

Holy turbulence! I get motion sickness in the car quite frequently. Like, without fail, I’m getting sick. Planes have never bothered me. Ever. This turbulence though on top of an already fragile stomach, resulted in some major motion sickness. I finally had to run up to the bathroom, but the carts were in the aisle for the drink service. I was trying to convey that I needed to get through, but the flight attendant kept saying I couldn’t. Nope – not gonna work, lady!

How else does a loud American with no shame get their point across? Yell, “I’m going to throw up!” – of course. Those two flight attendants backed that cart up faster than I’ve ever seen. I made it to the bathroom and one sweet, sweet flight attendant knocked on the door and gave me a cup of water (that would have cost me several euros). When I was done, they made sure I was OK, offered me food and drinks, and told me I could sit in the 3rd row to be close to the bathroom. I said I’d be OK and all I needed was a mint.

I made it there on the short one hour flight (yep – all above happened in under an hour) and we landed in Dusseldorf. I immediately had to leave the customs line so I could run to the bathroom. Thank you to the sweet girl from the UK for checking on me to make sure I would be OK.

You’d think all of that would be enough for the short time we were flying, right? Of course not. When it rains it pours, yeah? Our flight from Dusseldorf to Copenhagen kept getting delayed and was delayed about a total of 2.5 hours. I was constantly nauseous and getting sick. I couldn’t eat. I was tired. I was crabby. The airport wasn’t giving us any updates. The time came and went that was on the screen for take-off. Kids were screaming. I was dying.

If you’ve read my review on Rome, you know that I got sick all over the city. Including the Sistine Chapel. We can now add London, Dusseldorf, and somewhere over Germany in the Euro Wings plane to the list. This was not a game I ever wanted to win. But I don’t do sports the normal way – of course this is the one I excel at.

I do have to say, that the rest of the trip has gone swimmingly (so far). We had one little hiccup where my boyfriend decided he needed KFC on the way home from a soccer game. We got on the wrong train after the pit stop and ended up in some sketchy area of Prague at 10pm. We sucked it up and grabbed an Uber to get us out of there.

|| New to Uber? Use my referral code
for money off your first trip! ||

In the end, it started off pretty rocky. But all of that is just details we laugh about now. If that’s what we have to go through to make some incredible memories and expand our knowledge of culture and geography, I’d do it again. Perspective, right?

If you’re still with me. I’ll share some highlight photos from our first two stops on the trip.

Copenhagen was a nice place to visit once, but is incredibly expensive. Prague is cheap by itself, but coming from Copenhagen made my boyfriend and I do a little celebration dance! I’d go back to Prague for sure. Have you been to either? What are your thoughts on the cities?

I promise we’ll get back to scheduled programming soon. I had self-guilt about this week’s #TravelTuesday, but I had to shake it off. My content will suffer if my brain isn’t in it. Thanks for sticking in there with me! 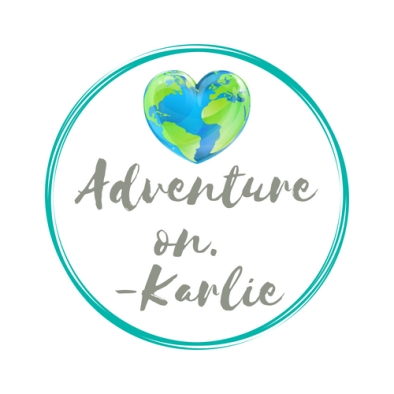 When you sign up, you will receive my, “Five Travel Essentials You Forget About Until It’s Too Late,” freebie that is exclusive to my email subscribers straight to your inbox! If that isn’t enough, you will get access to exclusive updates and freebies not available on my website.

By clicking subscribe, you agree to receive promotional newsletters and freebies from Wandering Nobody. Wandering Nobody promises not to spam your email inbox and you can unsubscribe at any time.

Find What You Want